Jump to a Year

The Incorporation holds an annual competition, the Let Glasgow Flourish Awards, which aims to encourage commercial premises to brighten up the city landscape by planting flowers around their area. Founded in 1983 by Ex Deacon John B. Park, this competition is judged in August each year and the overall winner is awarded the Robertson Silver Spade at a ceremony early in the following year. The Robertson Silver Spade was first awarded in 1994 and is named after Ex Deacon T. Iain Robertson. Recent winners of the Silver Spade have included the Gurdwara Temple and the Blythswood Hotel.

The Incorporation of Gardeners of Glasgow sponsors an annual prize for new plotholders in conjunction with the Glasgow Allotments Forum. Further details can be found here. 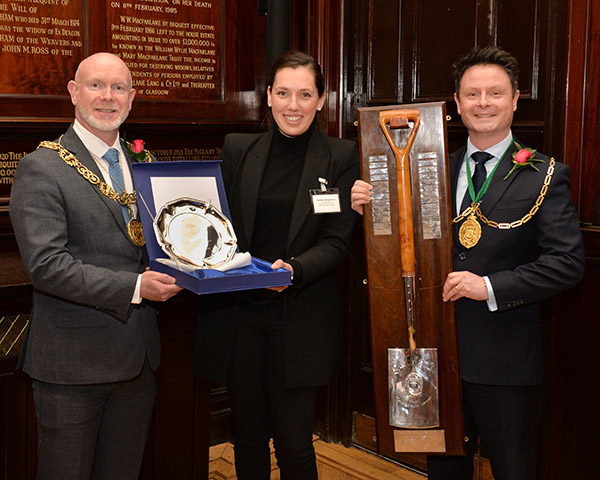